As a long-time staple in the running community, nearly everyone knows about the infamous Brooks Ghost.

What we do find interesting here at The Lab, however, are the changes Brooks made to the midsole of their flagship shoe. The Ghost 14's midsole is now 100% DNA LOFT foam, similar to that of the Brooks Glycerin. Previous Ghost models had a mix of DNA LOFT cushioning and BioMoGo DNA foam.

Despite the plush foam, the cushioning doesn't feel TOO soft according to our reviewer PJ. Instead, it feels like the shoe Ghost fans have come to love and expect with just a softer ride.

The upper continues to be constructed of engineered mesh so it will be a familiar feel to our Ghost lovers.

All in all the changes this year seem to take into consideration the wants of runners combined with advancement in foam technology. 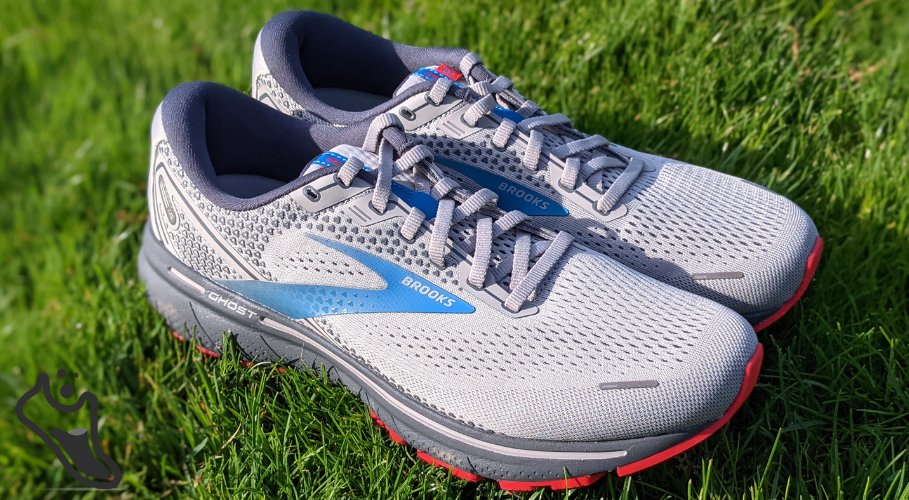 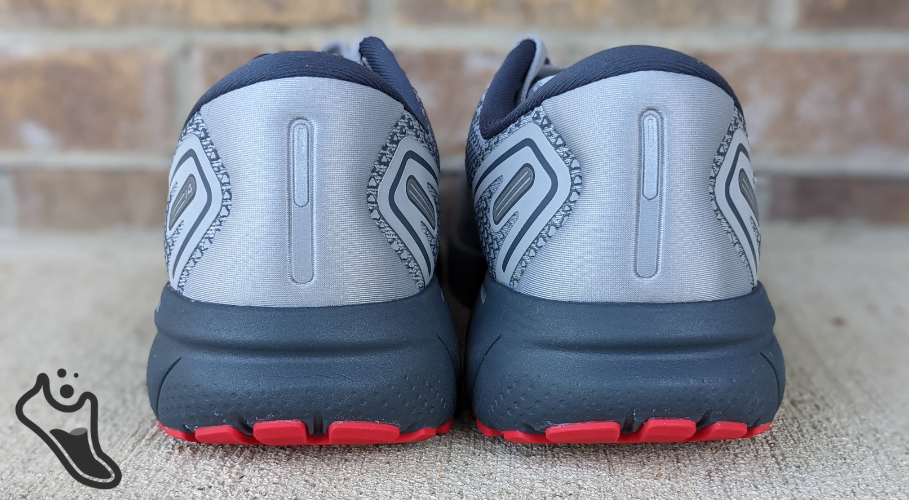 Admittedly, I am a Ghost fan and have been for several model years now. But there was this dark period a few years ago when one of the models was bad. We broke up for a while but eventually made amends with the following model. Still, every year when I try on the newest model I get nervous. Will they break my heart again? My first comment when I put these on was "ohhhhh I like these". I normally wear a wide shoe but have (and in this case) gone up a half size in regular width to get a shoe that fits right. For the Ghost 14, I did notice there is more room around the ankle. Something I didn't know I was missing in my life but I do really like the new feel. Very comfortable from end to end.

Softer and lighter than before! The cushioning of the Ghost 14 was one of the first things I noticed on my run. Somehow it feels better cushioned, but not too soft, and the shoe feels lighter. Not sure what voodoo they used to hit all these areas but well done (turns out, it's that Brooks is now using DNA LOFT cushioning throughout the ENTIRE midsole). I'm an XL runner so the extra love on the cushion is much appreciated and not making it soft or heavier is perfect.

I normally wear a wide width but sometimes go up a half size in regular width. In this case, I used standard width and up a half size and they feel great. I experienced no slipping, rubbing, or hot spots. Phew! 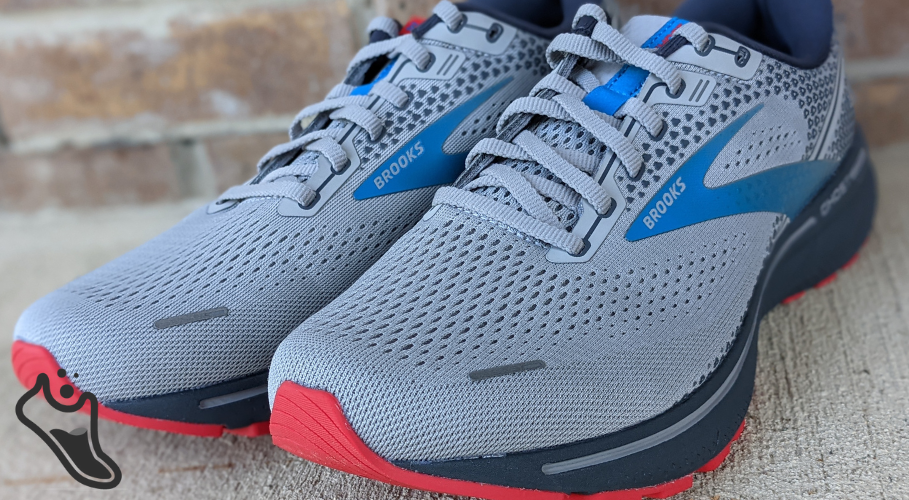 During some of my wear testing runs, I was pushing an Angel Rider as an Angel Runner for Ainsley's Angels, a program that helps to ensure that everyone can experience endurance events. I've pushed with them several times in the Ghost 14's now and felt nice stability. When you're pushing behind the chair, you don't want any wiggle inside your shoe. Even under the extra stress of running while pushing an additional 125+ pounds, I felt stable, supported, and had additional push-off power with no slippage or issues. This is key for me! The Ghost 14 is a very stable shoe. The cushion isn't too soft and the extra ankle room is a bonus. When thinking about arch support and the Ghost 14, I don't notice anything good or bad about it, just an extremely comfortable shoe. This is a win, meaning the arch support of the Ghost works perfectly for me. 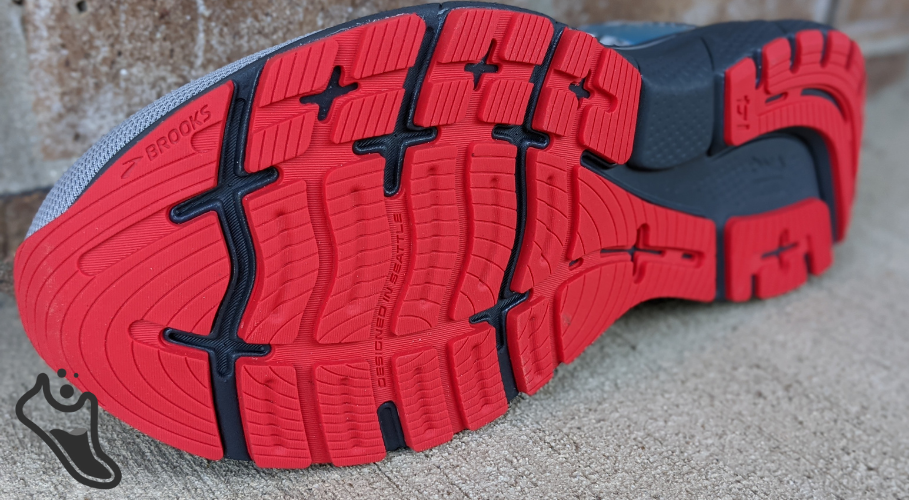 The Ghost 14 is meant for all runs. Long runs, speed work, easy runs, etc. I've done distances of 1 mile to 5 miles so far. Paved and dirt roads and all have been great in the Ghost 14. 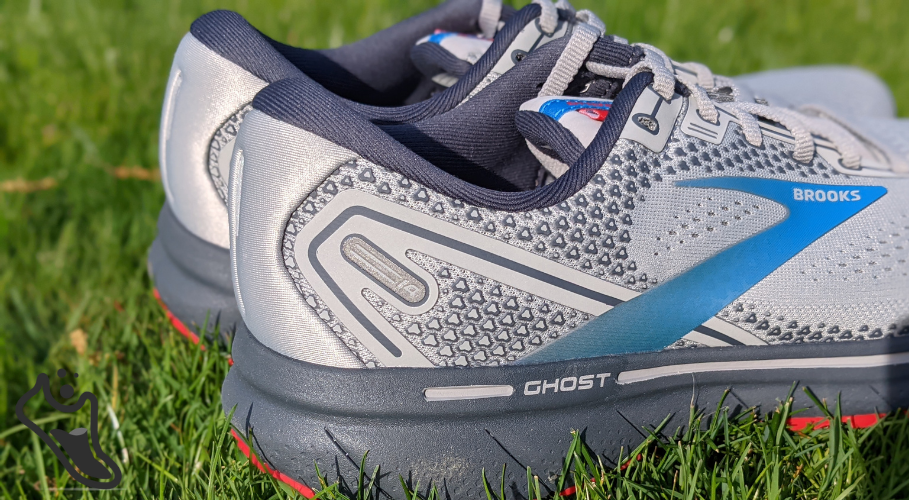 Medium cushion, mid-price point shoes are going to be our comparables for the Ghost 14, such as the Saucony Ride, Mizuno Wave Rider, or New Balance 880. One thing that has separated the Ghost for me and kept me in Ghost all these years is that if I don't get 500 miles out of a pair, I'm shocked. As an XL runner, getting 500 miles out of a shoe is pretty good. Most people change out shoes quicker, and I find Ghost can handle those high miles before needing to be replaced. I have high expectations for miles out of my shoes and all signs point to this version being no different than the high mileage I've gotten out of previous versions.

It's the closest to my precious Ghost 9's ever and perhaps even surpasses them. The Ghost 10's I just hated, they didn't work for me and quickly caused all sorts of problems. The Ghost 12 & 13's figured things back out and that good track record continues with the 14's for me. The cut around the ankle has more room, which I didn't know I needed, but I really like it. I'll need to get a double-distance mileage run in them to be sure. 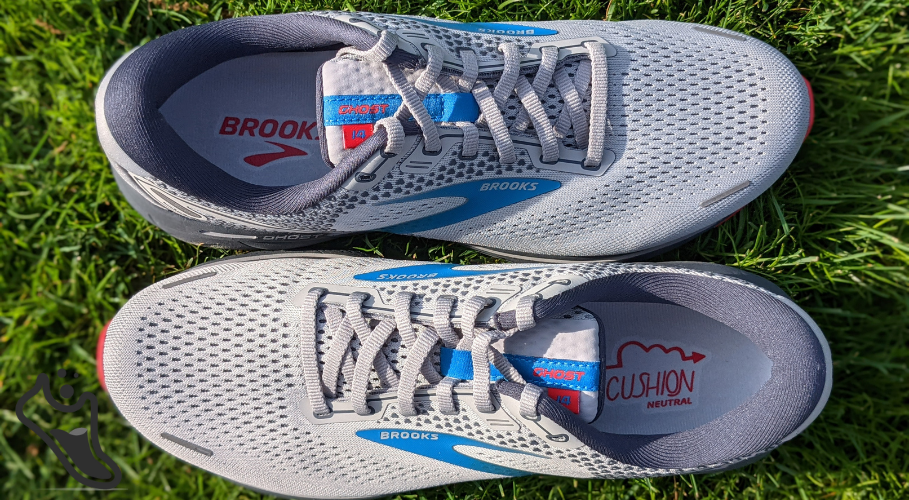 I've done runs from one to five miles in these shoes with a terrain mix of road, sidewalks, dirt should, and gravel road. Different conditions, no issues, no slippage, perfectly stable. Regarding the softer but lighter feeling I described before, I just don't know how that works! Normally if it's softer, it's going to feel heavier and clunkier, but these aren't. Or if it's too soft, you get less stability sometimes, you get a little wobble. It's not. Whatever cushioning-blend voodoo they've done here, it works really well. As a runner for Ainsley's Angels, I have worn the Ghost 14's for runs while pushing another team member in their racing chariot. The shoe has handled all aspects very well. The cushioning has a nice, comfortable feel, offers solid stability, and no gave me no blisters or hot spots.

Do you run? Good, this shoe is for you. 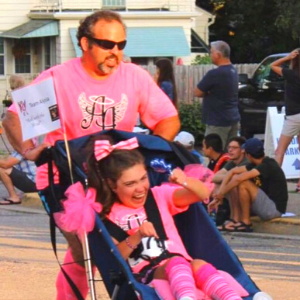 46 year old
Wears men's size 11.5
My favorite distance race is whatever is next on the calendar; 5k, marathon, mud run, and everything in between. I am a coach with Team Running Lab. My "where" on a run isn't as important as my "who". Who do I get to run with? My friends, my Ainsley's Angels teammates, my pace team, a first-timer. I used to be a sprinter in my younger days. In 2013 I ran my first full marathon then the next year thought I should run my first 10k......yes that's backward! I've been hooked since.