A no-nonsense daily trainer, the Saucony Kinvara 13 is sure to impress those looking for a lightweight but still versatile running shoe. An engineered Mono mesh upper creates a comfortable but minimal fit around your fit and the PWRRUN foam gives your run just enough sole to feel cushioned without getting in the way.

For those who loved the previous version of the Kinvara, the 13th iteration is sure to bring a familiar feel to the table. For those new to the Kinvara but looking for a super light, no-frills training shoe, this shoe is for you! See what our reviewers had to say about this shoe and its ever-lighter design and comfortably-fitting upper. 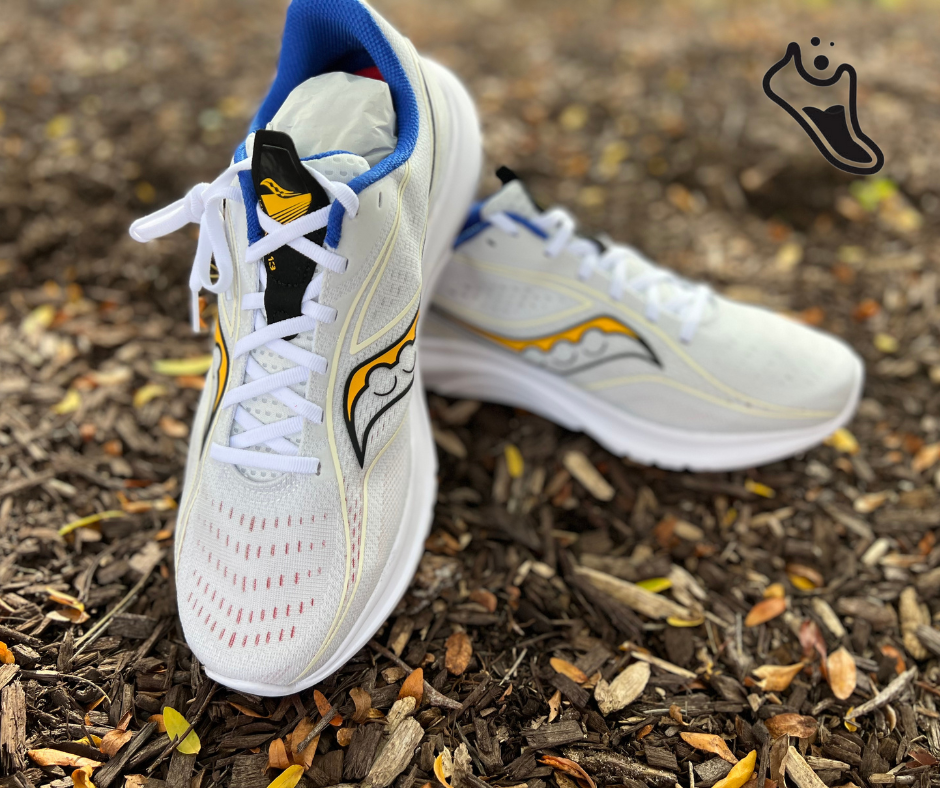 Steve: The toebox on the Kinvara 13 feels like it has a bit more room than the 12, which was a narrower version than the prior versions. While minimal changes were made, this feels better than both the 12's and 11's felt. The shoe has a snug, simple design that wraps the foot. The tongue has gotten continuously lighter while still being somewhat cushioned. The heel cup is solid with no slippage. The upper is where the majority of the changes were, with a single material layer that is stronger yet thinner than the prior double layer. Overall, this version feels great on my foot.

Keith: The toebox of the Kinvara 13 cuts a pretty slim silhouette but does not feel cramped. This is a result of the upper on this shoe feeling nearly invisible. The single layer mesh is so thin and flexible that it reminds me of a track spike, but with a softer tongue and ankle collar. The heel cup and midfoot wrap nicely, but I do wish Saucony would have added the A-frame pull tabs that some of their other models received in order to really lock in that fit. That being said though, it will still fit a wide variety of foot shapes.

Steve: The Kinvara 13 has ample cushioning. It is very light and responsive, yet plush at the same time. Given the abundance of exposed foam, it's never most the durable shoe. But if it fits your foot right, I promise it will feel plush.

Keith:  The cushioning in this shoe is just enough and nothing more, in a really pleasing way. With the trend in running shoes leaning towards ever higher stack heights and super bouncy composite foams, the Kinvara 13 can seem pretty minimal, but it's more forgiving than it looks and when you turn up the dial it responds with a ton of pop! It's flexible and has a low drop at 4mm, so be ready to feel your feet working again! 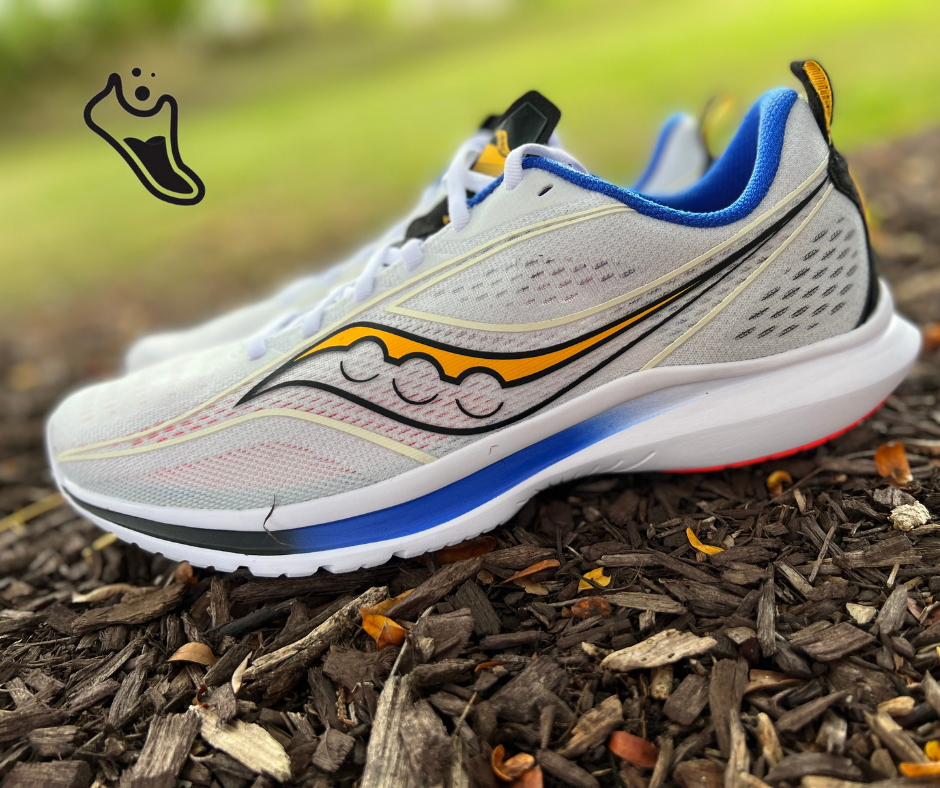 Steve: The Kinvara feels moderately stable while maintaining flexibility. It's ability to flex is part of what makes it a great shoe.

Steve: This shoe felt great right out of the box, which is what I have enjoyed about other Kinvara's. From box to a 10+ mile run with no issues at all.

Keith: First time out of the box I did a pretty intense hill repeat workout followed by a 5k at marathon race pace. I was immediately impressed by just how effortless it felt to turn over in these. The Kinvara 13 felt even lighter than its listed weight of 7.2 ounces! I took time to enjoy what it felt like to run in a no frills, lightweight, firm cushioned shoe, just like the old days! What surprised me the most was that by the end of my workout, I had piled up over 10 miles and never felt a need for more cushion. It was the day after the workout that I could tell my foot had been worked. The Kinvara 13 is more flexible than what I'm used to and my toes could feel it. That tells me I need to run in them more to get stronger, which I will gladly do because it's just a fun shoe to run in! 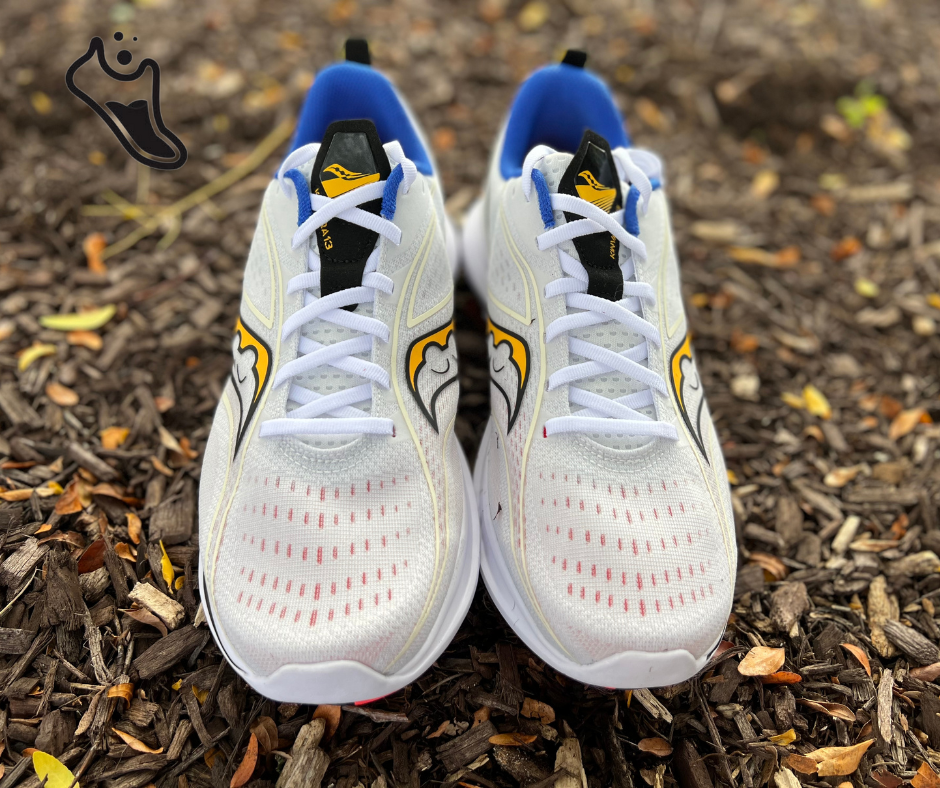 Steve: A great everyday shoe, in my opinion. Works well for tempo days, easy days, and long runs. It's gotten consistently lighter and now is just a touch over 7 oz. It still has enough cushioning to work for long runs. And despite what people may think, it works just fine on the trails around here as well! It has surprising traction for it's simple tread pattern.

Keith: I'd say the Kinvara has always been and still is happiest going fast! Speed workouts, 5k and 10k races, and shorter tempo runs is where it will feel at home. 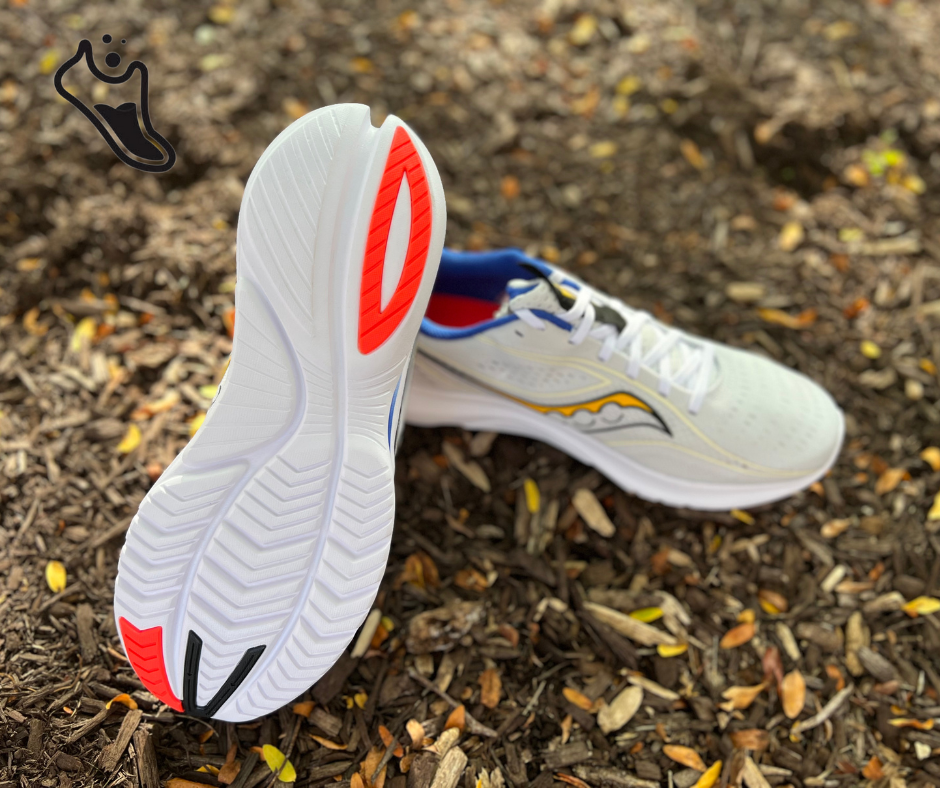 Steve: This shoe is an improvement over the Kinvara 12. To me, it feels softer and more comfortable than the Endorphin Speed or the Brooks Hyperion Tempo. It feels more like a daily trainer.

Keith: There are less and less shoes to compare to the Kinvara 13 as it has such a simple design, but I'd say its closest competitors are the Brooks Launch, New Balance Fuelcell Rebel, On Cloudx, and Hoka Rincon.

Steve: It's a step up from the 12's and continues to evolve.

Keith: With an identical midsole to the Kinvara 12, the updates in the Kinvara 13 are all about the upper and it feels like an improvement in every way. The softer feel of the lighter, more open, and flexible mesh fits on the foot better and makes the whole shoe feel more comfortable.

Steve: I would recommend this shoe for anyone that wants a lightweight every day trainer that can go for speed, easy and long runs.

Keith: This shoe is for traditionalists and runners who do a lot of speed sessions. It can work great as a trainer for a track and field athlete or as a lightweight 5k-10k race shoe. I would recommend having this shoe or something like it in your rotation, because sometimes we do want to feel the ground a little!

45 year old
Wears men's size 9
Enjoy running trails, dirt roads, and pavement when necessary. My favorite part about running is getting away from the desk, phone, and car and being outside enjoying all of Michigan's seasons. We are so lucky to have such great running routes all over Livingston county and tons of cool people to join for runs! 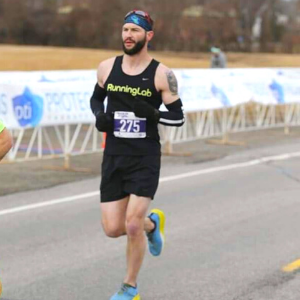 37 year old
Wears men's size 11
Running has always been a part of my life. When I was younger it was mainly a way to stay in shape for soccer; running track in the off-season was a way to train hard and stay competitive. I liked it, but it wasn't until my first marathon in my late 20's that I really fell in love with running. Since then I have completed 7 marathons and a 50 mile ultra while also competing in countless 5k, 10k, and half-marathon races. I enjoy running just about anywhere except the treadmill. I prefer trails in the woods to the road and my favorite spot is the Corsair Trail System in the Huron National Forest near East Tawas, MI. I also frequent the many trails we have in Southeast Michigan. I currently work at Running Lab and have worked there for a total of just over 2 years. My favorite thing about running is that it can be super competitive yet the running community is so supportive of each other.